A blog about Economics, World issues and technical stuff.

Jorge Soler-Lopez.
I am a PhD student of Public Policy and Administration at Bocconi University in Milan. 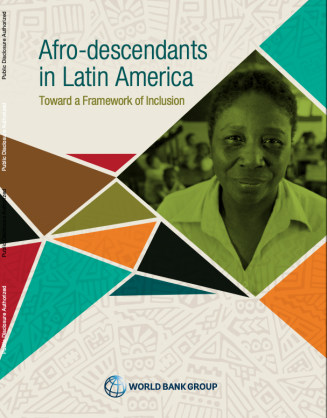 “About one in four Latin Americans self-identify as Afro-descendants today. They comprise a highly heterogeneous population and are unevenly distributed across the region, but share a common history of displacement and exclusion. Despite significant gains over the past decade, Afro-descendants still are overrepresented among the poor and are underrepresented in decision-making positions, both in the private and the public sector.”

Check out my report on Afro-descendants in Latin America, written with my colleagues from the World Bank Carolina Diaz-Bonilla, Germán Freire, Steven Schwartz and Flavia Carbonari.

The report offers an overview of the Afro-descendants in LAC from different perspectives. A historical and sociological view of the origins, recognition and identification of the population. An economic and social view on their agency, their political representation, their poverty and deprivation indicators. And finally, a public policy view on what is on the agenda, what policies can catalyse development and what has worked.

If you’re curious about knowing more about the Afro-descendants in Latin America. Check out these dynamic infographs developed by out team.

These resources are also in Spanish (visualizaciones, libro) and Portuguese (livro)